This department is responsible to handle all terrorism related cases and doing investigation for the terrorist and put efforts for the control of the terrorism in Pakistan. Before 2 years the roles and regulations has reviewed and add more responsibilities of the counter terrorism department and build new stations for the ctd. 1200 new corporals are appointed that are highly educated and master on their professional skills and more efficient for this job for the primary intelligence functions in Pakistan. So get the idea here about CTD Corporals Punjab Police Salary In Pakistan

For the training of ctd corporals this department collaborates with the armed forces of Pakistan and with other countries that have quite friendly environment. All the gadgets and the equipments for the employees of the counter terrorism department. Their main function of the counter terrorism department is collecting and disseminates the information that is given to the corporals which is very important for the department and for the safety of the people of Pakistan.

Control the sectarians and terrorism suspects. Male and females both are eligible for this job. This job is for those candidates who are qualified, intelligent, physically fit for this job and having lots of gates to face the spontaneous situation.

Qualification basic required for this job is bachelors. Candidates are hired on BPS 09 and o7 scales is offered for the metric candidates. Respective salary is paid for them. Benefited and allowances are also given to the candidates. Arabic, Pashto, Blochi, fluently speaking will be preferred in these languages.

18 to 25 years age is preferred for the bachelors height would be 5.7 for males and 5.2 for the females. Chest 33 to 34.5 for males. Running 1 mile in 8 mints while 14 mints for the females. Salary would be offered 54,500 for the 9 scale as expected allowances and benefits are all considered in it. 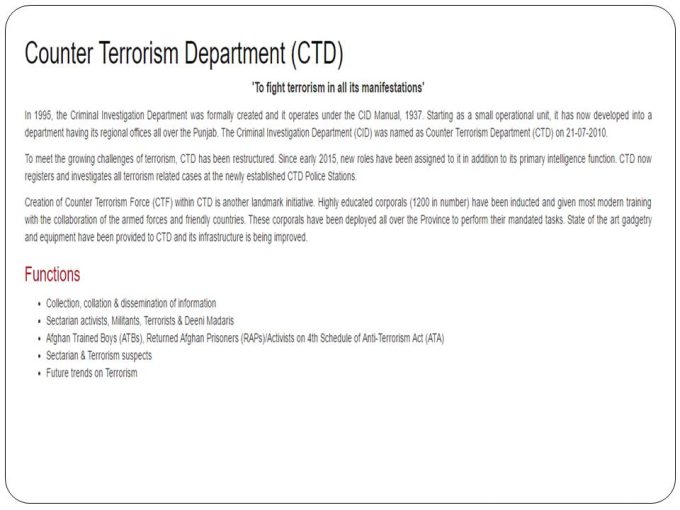 ctd police constable would be appointed on the scale of 05 and salary would be according to the BPS and maximum pay would be 17,850 for the constable and no TA/DA considered for this job in Pakistan but other allowances enhance the salary of the constable of ctd police. Further get idea bout other government sector jobs salary in Pakistan

MNA Salary In Pakistan 2021. Now have a look at the salary of the MNA …