The armed forces of the Pakistan has been paid to its employees on the basis of scale and the structure of the monthly salary is quite different because of the benefits and the incentives that are given to the employees on the basis of their service in the Pakistan army and the income package has increased every year and the allowances are increased annually that makes the difference in the salary of every officers from the other that’s way very hard to claim the exact income of any post.

In this article we provide you about the information regarding the ranks and their scales you are greet to share any information about these ranks and any type of the amendment through the comments below that will be acknowledged  there are some ranks in Pakistan army and basic pay scales.

These are the basic pay scales in the army now let’s discuses the allowances and the incentives that are totally different for the different set ups like SSG soldiers are getting salary more than the army soldiers. Army doctors are not allowed to work in the private clinics and hospitals that’s way they are getting non- practicing allowances from the government. 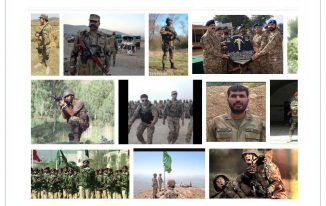 This is the related information of the ranks and the scales of army and the salary and the allowances would be increased in different set ups and with the passage of time.  so all about Pakistan Army Pay Chart Salary Ranks